THE MUSIC AND PHILANTHROPY OF HARRY CHAPIN

CAROLE KING: TAPESTRY AND THEN SOME

THE WEEDS IN OUR OWN BACKYARDS 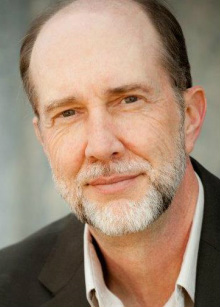 Paul has been in broadcasting since 1975 and has experience as a producer, news and  sports reporter, recording engineer, editor, on-air personality, consultant, trainer and manager.

Paul has worked at radio and television stations in North Carolina, Washington, DC, Ohio and New Mexico. More recently, as an independent radio producer, he has filed reports for NPR news magazines Morning Edition and All Things Considered  and NPR newscasts as well as numerous other public radio programs including Justice Talking, On The Media, Living on Earth, The Splendid Table, and National Native News.

He has produced radio programs on music, popular culture, literature, media literacy and other topics that have been distributed either by NPR, PRI or independently to public radio stations around the world. His programs include a series of well-received specials on the history of The Beatles as well as documentaries on Bob Dylan, Otis Redding, the Rolling Stones, Paul Simon, Joni Mitchell, Shawn Colvin and others.  Paul is also the producer of the Peace Talks Radio series and has created other educational programs including "A Celebration of Southwest Storytellers," "Local Broadcast News and Local Democracy," and "The Electoral College: Democracy Gained or Lost?"

Paul was under contract with NPR as its Liaison to Independent Producers between 2006 adn 2017. He coached hundreds of radio producers and reporters in that role during his tenure.
​
Paul's awards include the 2003 Edward R. Murrow Award from the RTNDA for Best Use of Sound in a piece produced for NPR's Living on Earth. He has also won two NFCB Golden Reels for his feature and news reporting for NPR, in addition to many Silver Reel and Special Merit Awards from NFCB.  He won 4 awards in the 2008 New York Festivals Competition.

More recently Paul has been training as an actor and doing independent filmmaking.